What To Focus Your Bathroom Remodel Budget On

When we go to improve our homes in preparation for selling or for just plain enjoyment, we always hear about spending your money on the kitchen and master bath. Here is a great article that focuses in on the master bath option. 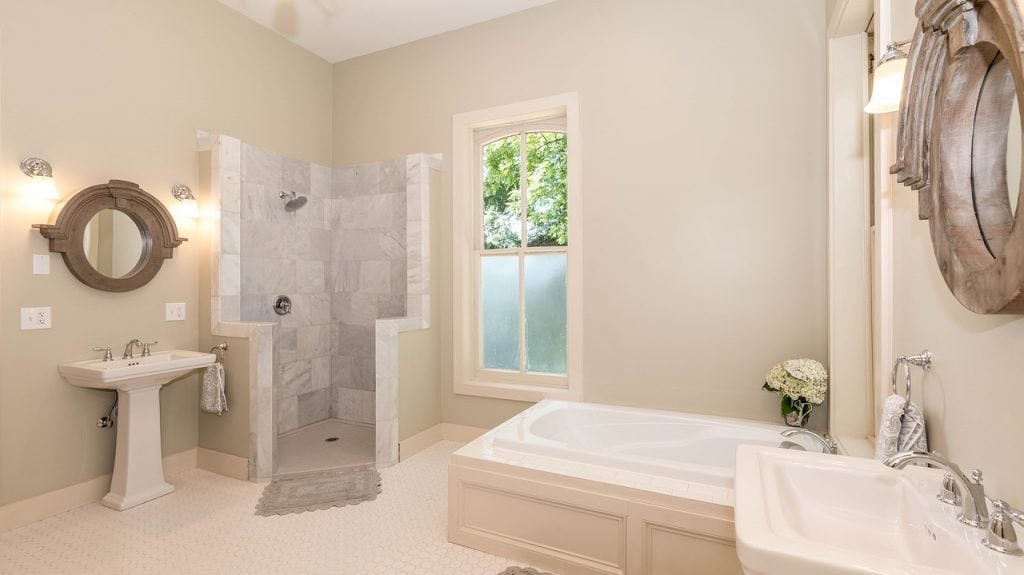 For many master bathroom renovators, shower expansion alleviates the pre-project pet peeve of a small shower (38 percent), which is second only to having an outdated space (59 percent). In addition, 24 percent of renovating homeowners remove their master tub and more than four in five of those choose to enlarge the shower in its place (84 percent).

“Bathrooms have always been a top room to renovate, along with kitchens, and now we’re seeing homeowners double down on their master bathrooms,” said Nino Sitchinava, Houzz principal economist. “The cost of materials including stone and tile has increased due to trade disputes, driving up master bathroom spend. Despite this, renovation activity remains strong, propped by high home equities and homeowners’ desire to stay put given the limited housing supply.”

Additional bathroom trends from the study include:

Houzz has over 19 million photos of professionally designed interiors and exteriors, including completed bathroom projects, and more than 2.4 million active home remodeling and design professionals including kitchen and bath remodelers, kitchen and bath designers, architects and general contractors. The Houzz Shop offers more than 10 million products, including items for the bathroom from showers and vanities to tile and linens.

*A major remodel is defined as a remodel where a homeowner upgrades at least the shower area; a minor remodel does not include a shower upgrade.

Houzz is the leading platform for home remodeling and design, providing people with everything they need to improve their homes from start to finish – online or from a mobile device. From decorating a small room to building a custom home and everything in between, Houzz connects millions of homeowners, home design enthusiasts and home improvement professionals across the country and around the world.

With the largest residential design database in the world and a vibrant community empowered by technology, Houzz is the easiest way for people to find inspiration, get advice, buy products and hire the professionals they need to help turn their ideas into reality. Headquartered in Palo Alto, Calif., Houzz also has international offices in London, Berlin, Sydney, Moscow, Tel Aviv and Tokyo. Houzz is a registered trademark of Houzz Inc. worldwide. For more information, visit houzz.com.